You are using an outdated browser. Please upgrade your browser to improve your experience.

Our Transactions in East York 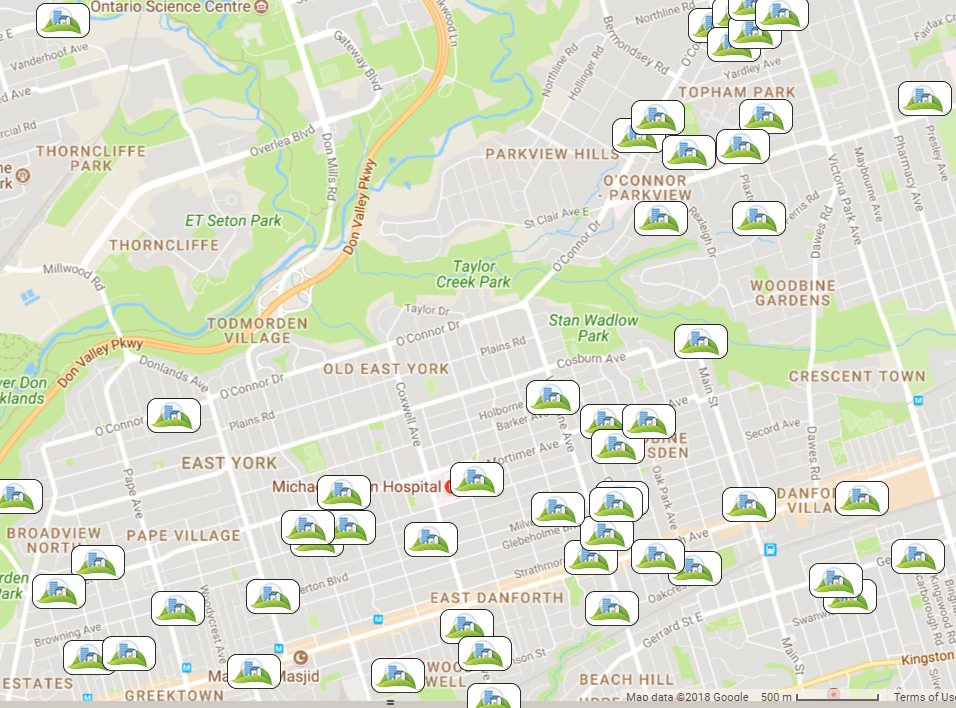 We love East York and the wonderful folks in this increasingly valuable area love us too!

At a glance, those are just a few of our most recent successes in the area.

A lot of people see East York as the next area in Toronto that’s really going to take off, and we agree. We tell our clients that, while it’s not as centrally located as Leslieville, it’s still proximal to Downtown, and very family friendly. Featuring detached bungalows, 2 story homes and side-splits with 30 to 40 foot lots, young couples are moving here in droves.

And compared to areas further out from the city, like Ajax for instance, the price points here are still attractive – and you can get a lot for your investment. People are seeing the value in these properties which offer the feeling of a kind of protected pocket – a contained neighbourhood with a character all its own.

Before getting its current name, East York was known as “Sunshine Valley”. This was attributed to the local bus driver who was known to announce “All out for Sunshine Valley” when making his stop in the neighbourhood. Original residents recall it as an appropriate name, as there were many children in the neighbourhood and it was a very happy place to live. Also, there were few shade trees around at the time, so it could get pretty hot.

When you first come upon the area, you quickly sense the pride of ownership that is painted on the face of the homes here. It’s a tightly knit community of a few hundred houses, neatly situated along attractive boulevards and tucked into quaint cul-de-sacs. It’s not uncommon to find homeowners who, having grown up here, have returned as adults to offer the same experience for their children.

East York was an apple orchard until 1944, when the crown purchased this property for War Veterans housing. The streets were given military names like ‘Warvet’ and ‘Valour’. Some were named after military men – like Lieutenant Colonel Cecil Merritt, Canada’s second Victoria Cross winner.

Most of the houses here were built between 1944 and 1946 and are easily distinguished by their bright frame siding and pretty front porches that look out over manicured lawns. A good number of them have seen significant upgrades and improvements over the years.

The streets on the periphery of the neighbourhood include sturdy brick bungalows, and detached one-and-a-half-storey and two-storey houses. These were built mostly in the late 1940s.

The actual East York, for which the area is named, is located in the centre of the neighbourhood and features a baseball diamond that hosts men’s, ladies’ and children’s softball leagues. The park also has two tennis courts, a clubhouse and a children’s playground. In the wintertime, there’s an outdoor natural ice rink for pleasure skating and hockey. Recreational programs for the public are also held at Selwyn School.

East York is handy to the Don Valley Parkway – you just get off of the Don Mills exit and you are right there. As well, bus lines on St. Clair Avenue and O’Connor Drive link up with the Coxwell station on the Bloor-Danforth subway line. For people looking forward to likely changes in the neighbourhood, the Eglinton LRT is going to make it a lot more accessible via public transit.

Do You Want to Live in East York?